A definition is a record of past decisions. This is a simple idea that’s interesting to unpack. Let’s take the example of the term “Service” that was redefined in another text. There, I took the common definition of “Service” from WordNet, which was the following:

Service: work done by one person or group that benefits another.

But this definition was too generic for what we were doing at the time. We needed something that reflected what we meant by “Service”, and so we made this:

Curly brackets { } above surround terms for which we made our own definitions. Consider these two alternative definitions to {Service} above, called {Service1} and {Service2}:

{Service1}: Designates the collaboration of one or more {Experts} and one specific {Company}.

{Service2}: Designates the collaboration of one {Expert} and one or more specific {Companies}.

The point here, is that definitions, especially about new things, and especially if these new things are abstractions, ideas, are not given to us: we make them, and as a result, we define.

To clarify that given/made distinction, here is the Oxford English Dictionary definition of giraffe.

Giraffe (OED definition): ”A large African mammal with a very long neck and forelegs, having a coat patterned with brown patches separated by lighter lines. It is the tallest living animal.” [1]

This definition conveys what one generally sees, when looking at the animal called giraffe. Giraffes, so to speak, are a given – not man-made, but a product of evolutionary processes. Alternatively, if we used a definition that lists a different set of properties, as below, we are still in the same case: a giraffe has these properties not because we made them so, i.e., the definition is not a reflection of our design of giraffes, but of our observation of giraffes.

Life span: Average 10 to 15 years in the wild; recorded a maximum of 30 years

Gestation: Between 13 and 15 months

But things are very different for our {Service} term above, since it refers to an abstraction, one we fully designed: a team of people worked together to choose its properties and from there followed its definition.

There are also in-between cases where we are trying to define a complex process that has and is being observed from various perspectives.

”Globalization” is an interesting case, and below are four definitions that the United Nations Economic and Social Council cites in an official document [3].

Globalization (UN definition): ”Globalization is increased global integration and interdependence. It has a multidimensional character: economic, political, social and cultural. It is characterized by unprecedentedly rapid flows of goods and services: private capital; circulation of ideas and tendencies; and the emergence of new social and political movements.”

Globalization (IMF definition): ”The process through which an increasingly free flow of ideas, people, goods, services and capital leads to the integration of economies and societies. Major factors in the spread of globalization have been increased trade liberalization and advances in communication technology.”

Globalization (World Bank definition): ”Globalization can be defined as universalization. In this use, ’global’ is used in the sense of being ’worldwide’ and ’globalization’ is ’the process of spreading various objects and experiences to people at all corners of the earth’. A classic example of this would be the spread of computing, television etc.”

The World Bank definition looks more abstract than the others, in that it defines globalization as a type of universalization (which I leave undefined here), while the other three definitions talk of integration and interdependence. Below is another definition of ”globalization”, as it appears in the United Nations UNTERM, ”a multilingual terminology database maintained jointly by the main duty stations and regional commissions of the United Nations system.”

Globalization (UNTERM definition): ”Expansion of global linkages, organization of social life on global scale and growth of global consciousness, hence consolidation of world society. Most particularly (per Friedman), the term is used to refer to the seemingly ”inexorable integration of markets, nation-states and technologies to a degree never witnessed before – in a way that is enabling individuals, corporations and nation-states to reach around the world farther, faster, deeper and cheaper than ever before.” This phenomenon also involves the spread of the gospel and forms of market capitalism to virtually every country in the world.” [4]

Is any of these, or is there, at all, the definition of globalization?

It is a complex process, which we do not know how to measure (or there are different ways, but we cannot agree on one). There is disagreement on when, where and how it started. We do not know what cues to look for, which data is representative of it. We do not know if it has reached a peak, what reaching a peak means anyway, and we have hardly any solid ideas on how globalization might end.

”Today few doubt the reality of globalization, yet no one seems to know with any certainty what makes globalization real. So while there is no agreement about what globalization is, the entire discourse on globaliz- ation is founded on a quite solid agreement that globalization is. Behind the current and confusing debates about its ultimate causes and con- sequences, we find a wide yet largely tacit acceptance of the factuality of globalization as such, as a process of change taking place ’out there’: even otherwise constructivistically minded scholars tend to regard globaliz- ation as an undeniable and inescapable part of contemporary experience.” [5]

Which of these would you choose?

This question depends on what, if anything you want to do about, with, or in relation to the phenomenon that is defined.

More specifically, a choice between definitions depends on the extent to which their differences make a difference in your decision-making and problem-solving.

Definitions indeed record choices. If they define what is given and (relatively) easily observable, such as a giraffe, then definitions are more a record of choices of properties to pay attention to, among all potential (and perhaps unknown) properties of giraffes. If, instead, they define abstractions which we fully imagined and designed, then the definition reflects our choices of properties to give to these abstractions. And in many cases, we will be creating abstractions to communicate about potentially complicated combinations of phenomena, as we saw for globalization, where properties reflect, again, what we see through observation, but perhaps too, some wishful thinking, what we want these phenomena to be

A definition is the bridge of the new to the old, we piece together the new from old notions. The new, by being there, by being defined, becomes a tool or vehicle for change, for moving not only ideas from old to new, but also learning to make new choices and act differently than before.

Conceptualizations of ”globalization”, its definitions, work the same way, embodying observations, choices, mashing them up with expectations, making it a vehicle, not a simple reflection of what seems to be a shared experience.

Bertelson’s summary, of his discussion of the concept of ”globalization” nicely sums up the multiple roles a definition can have, especially for complex phenomena, which lend themselves to analysis from different angles, and through tools from various bodies of knowledge.

As he puts it, the term ”globalization” links the old and the new (label [A] in the quote below), denotes the interest in the phenomenon itself [B], tells us about what can be [C] and when it will be [E], and points to a vague reality [D], i.e., does not refer to something tangible or otherwise easily accessible, for which you and I could rapidly come to same or similar enough observations.

”Through its various connotations, the concept of globalization functions as [A: a mediating link between the modern world with its crusty social ontology and the brave new world that remains inaccessible and unintelligible not only to the subscribers to that ontology but also to the believers in global change as well]. Not only is globalization a moving target for social inquiry, but it also [B: signifies the movement of that inquiry itself]. The concept of globalization thus makes modern political experience meaningful while simultaneously releasing political expectation from the strictures that the very meaningfulness of this experience has imposed on political imagination. It does so through a double gesture: by [C: projecting expectations onto the global while simultaneously making those expectations constitutive of globality as a point of reference and convergence]. In this respect, the logic of the concept of globalization resembles that of the concepts of civilization and revolution as they were shaped before and during the French Revolution: [D: these concepts also lacked stable referents, but functioned as vehicles of social change by signifying change in its purest, most necessary and irreversible form: change as the condition of possible objects and possible identities in a possible future]. And like these concepts, globalization does not represent a mere prognosis for the future, but a prophecy in quest for self-fulfillment. So far from being here to stay, the metaphors of globalization will perhaps die when the concept has fulfilled its destabilizing task, that is, [E: when globalization has become something that goes without saying and therefore no longer stands in need of being spoken about].” [5] 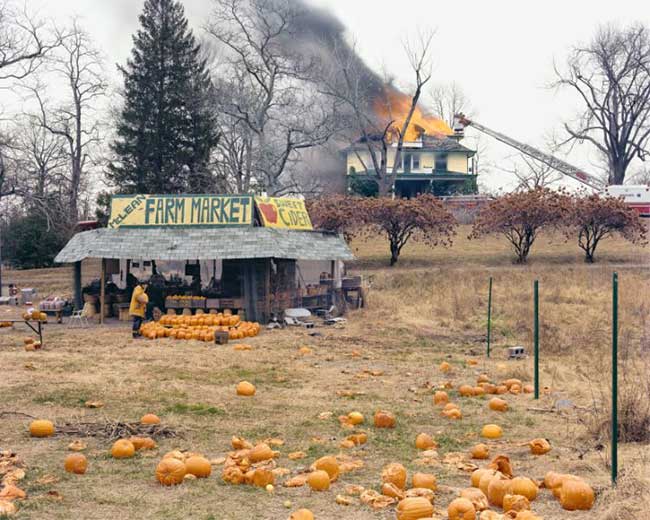 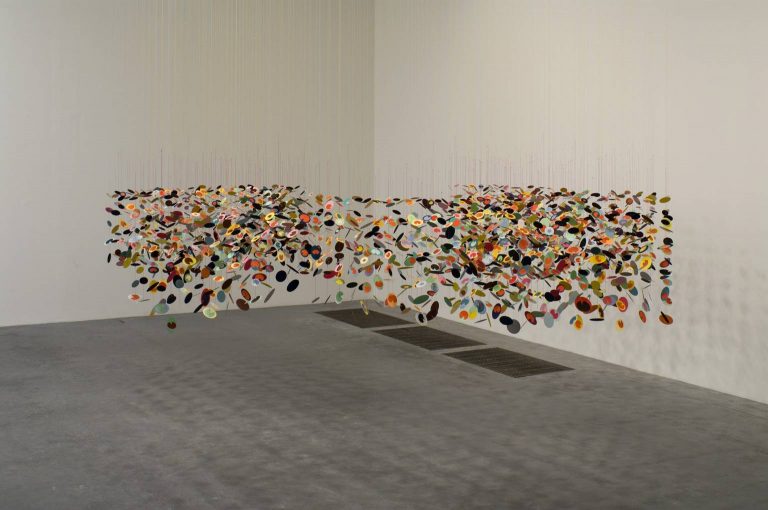 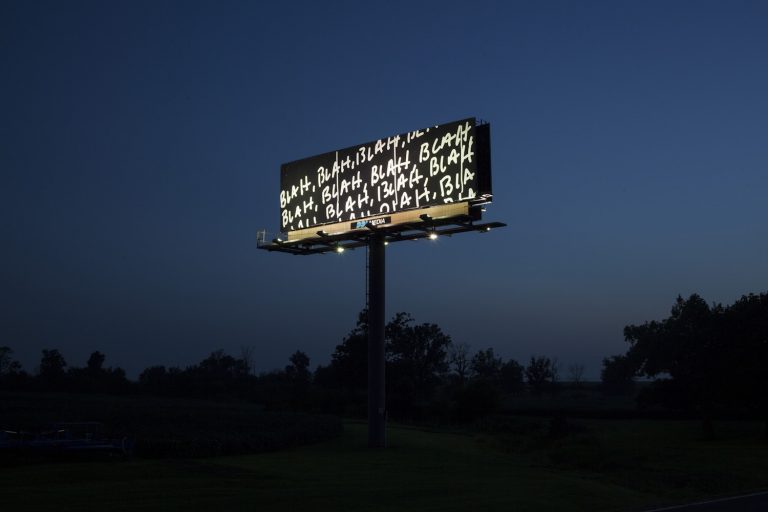